News / What is scatterometry, how it works?

What is scatterometry, how it works?

Scatterometry is an optical technique that is used to characterize a surface by measuring the quantity of light that is reflected by said surface at different wavelengths. The measured amount of light reflected will allow us to qualify and quantify changes on the surface, based on the changes of the reflection at different wavelengths.
Historically, scatterometry was used to measure the surface roughness in fields such as the semiconductors industry. Later, a new technique was developed, mix between scatterometry and diffractometry. This new technique, that does not measure the scattered light anymore but the diffracted light by using a scatterometer, was never properly named and remained called scatterometry as of today. This is the technique that will be used in the PROMETHEUS project.
The idea is to measure the amount of light reflected at different wavelengths by periodic structures engraved on the surface of different materials by a laser process. As described by the Fraunhofer equations, when light encounters periodic structures, this will be diffracted and separated into the different diffraction orders. The distribution of the light intensity among the different orders will highly depend on the wavelength, due to the internal reflection of the light trapped between the structures. The intensity distribution of the reflected light will be unique for each periodic structure, acting as a fingerprint. Thus, by measuring the light reflected by textured samples we will be able to differentiate between good and not good textures.

AIMEN has designed an inspection setup based on the technique previously described to characterize laser textures based on line-like patterns. This setup has already been used for the characterization of stainless-steel samples textured by a DLIP process. In the following picture you can see part of the inspection setup assembled at AIMEN’s laboratories, as well as an example of the diffraction pattern generated by a textured stainless-steel sample. Note that the incident light was distributed along a line parallel to the periodic structures to allow for a larger measurement at once (both are vertical on fig1).

Figure 1. Experimental setup that illustrates the diffraction of light by a textured sample.

For this texture, the 0th and 1st orders are easily observed. As can be appreciated in the following picture, each texture will present a different diffraction pattern. 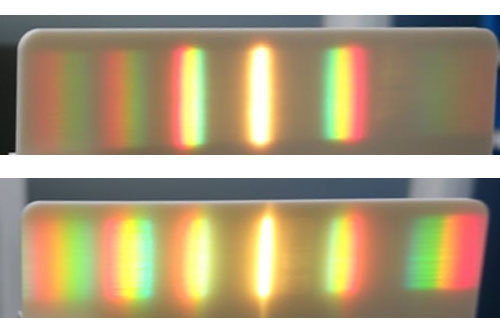 Figure 2. Spectrums from different textured samples that clearly show a different intensity distribution along the different orders.
The diffraction pattern generated by the light reflected by a textured sample can be quantify by using a spectrometer or a hyperspectral camera.

Within the PROMETHEUS project, an optical setup was therefore designed to easily measure the spectrum of the main reflection (0th order). Furthermore, different algorithms are being investigated to assess the deviation from a measured spectrum with a reference texture.
This will allow us to validate the quality of the DLIP process, discarding not good textures by using machine learning and calibrated spectrums.

Do not forget to follow us on social media and be up to date of the last accomplishments!